Founded in 1916, the Umeda Shuzō-jō Brewery lies in the foothills of Mt. Iwataki in a town called Funakoshi (part of Aki Ward in the eastern part of Hiroshima City). The brewery prides itself on crafting sake with local Hiroshima ingredients, such as spring water which flows from Mt. Iwataki (drawn from 60 meters deep underground), as well as locally-grown sake rice Senbon Nishiki, and ginjō yeasts cultivated in Hiroshima.

Their brand, Honshū Ichi, is recognized for its characteristic fruity ginjō aroma that radiates from pour to sip, and its mellow and smooth body. It also took home the gold medal in the Sake category of the 2008 International Wine Challenge, winning it worldwide acclaim as sales expanded into Hong Kong, Holland, France, and beyond.

The trademarked name Honshū Ichi means “the best in mainland Japan” and it reflects their passion to create the best sake in all of Japan. Now, over 100 years since its founding, Umeda Shuzō-jō Brewery is a brand beloved not just by the people of Japan, but of the world. 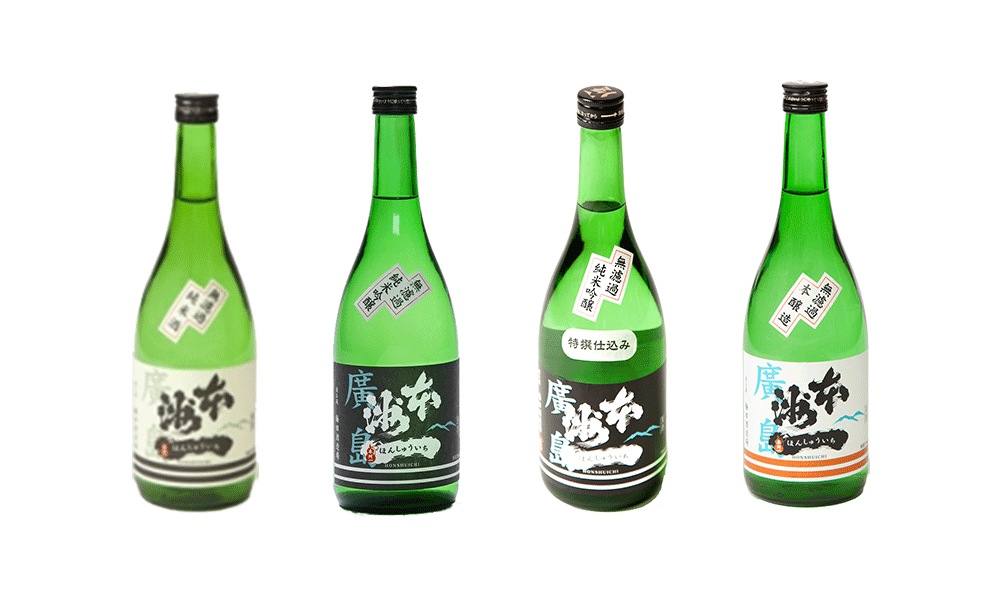