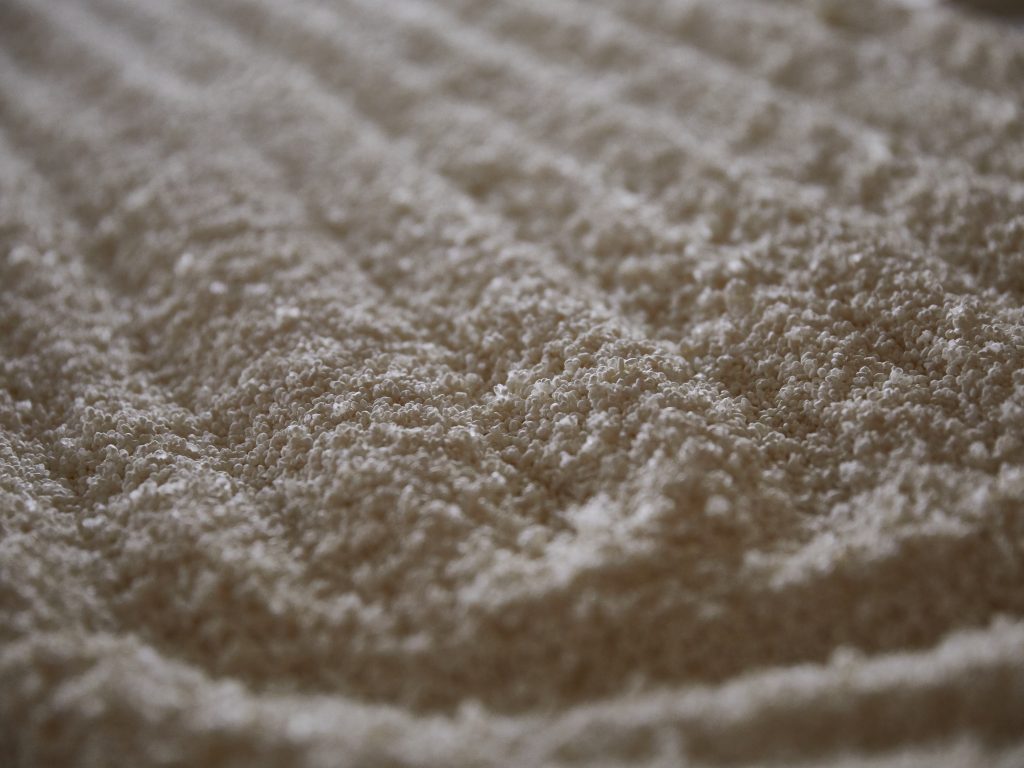 The main raw ingredients of nihon-shu are ‘water’, ‘rice’, and ‘koji’. The process of brewing nihon-shu starts with “genryo shori” of preparing rice. 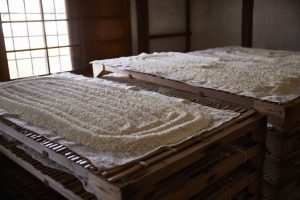 【Seimai】
The brown rice is elaborately polished using the rotating roller in order to remove the quality spoilers.
↓
【Senmai】
The polished rice is thoroughly washed to remove the bran and unwanted particles of rice leftover.
↓
【Shinseki】
The washed rice is steeped in water. The rice tends to absorb water faster as seimai-buai (the rice polishing ratio) gets lower, so a stopwatch is used to count in seconds.
↓
【Mushimai】
It makes saccharification of koji enzymes to occur easily when the rice is steamed. Then, the steamed rice is divided into koji-mai for making shubo, and kake-mai for shikomi (preparing the fermentation mash).

Let’s take a deep look at “seimai”, the stage of rice polishing.

【Seimai】The Tastes and aromas highly depends on the degree of seimai.

”Seimai” is the stage of polishing and removing the outer layer of rice only to preserve “shimpaku”, the very core of sakamai (sake rice). Polishing doesn’t mean sakamai is simply divided in half. It’s like removing the white portion of the boiled egg, preserving only the egg yolk, so shimpaku is compared to egg yolk.

The protein of rice becomes umami when dissolved by koji enzymes, but too much protein produces less desirable flavors in the sake. That’s why the rice’s outer layers known as nuka (bran), which contains a lot of protein and fat, need to be removed to make the finished sake aromatic.

The rice polishing ratio is called “seimai-buai”. Seimai-buai of table rice is around 90% while that of futsu-shu is around 70%. More than 50% portion of the brown rice for brewing daiginjo-shu is polished away. If the label says “seimai-buai 50%”, the half portion of the rice ingredients has removed.

Some daiginjo has seimai-buai 30%, which means 70% portion of the rice ingredient has been removed. It makes the sophisticated flavored, without any unpleasant taste, and brilliantly fruity aromatic sake.

Seimai requires the high skills enough to scrape down diametrically millimeter-sized rice to less than half of the original weight . The water mills used in the Edo period could polish away mere 85 % of the rice. The necessary seimai techniques have been established in Hiroshima which now has the dominant rice milling machine maker.

Many breweries cosign seimai to the specialized companies, but some do it on their own. It takes about one to four days to finish seimai, depending on the amount of the rice. 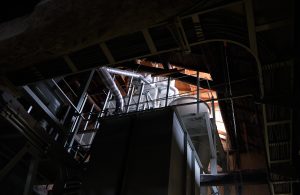 After the brans and other unwanted particles are washed away, the rice needs to absorb the right amount of water and to be steamed for the next stage

Nihon-shu is often brewed in the cold winter times. It is called “kan-shikomi (kan-jikomi)”. Senmai used to be done in the cold water by bare hands, using the strainers. Recently, it’s often done with the help of the rice washing machine which creates strong water current and washes the rice gently and thoroughly.

Koshiki (a large steaming vat) or continuous rice steamers are used for the stage of steaming the rice.

The steam is fed into the vat at a time of mushimai stage, making the rice firm. The water content of the steamed rice is about 30 to 40 % while that of steamed table rice is about 60 to 70 %.

Steaming rice urges the starch become pregelatinized, and convert into sugar with the help of koji-kin. Advantageously, it also sterilizes unwanted bacteria by adding the heat, making the later stages of nihon-shu production will undergo safely.

Mushimai is one of the most important stages for nihon-shu brewing since wrong mushimai may cause negative effects on koji and moromi making which will take place later on.

The primary task of koji-making (koji-zukuri) as well as moromi-making (moromi-zukuri) is not to make the steamed rice sticky like a dumpling.
The table rice like Koshihikari is so sticky that it’s not suitable for brewing nihon-shu.

Brewing nihon-shu will start after rice harvest of autumn begins. And it will be completed at once from October to the next year.