Introduction to Shubo; Time-consuming, Labor Intensive, and Yet Crucial Stage for Sake Brewing 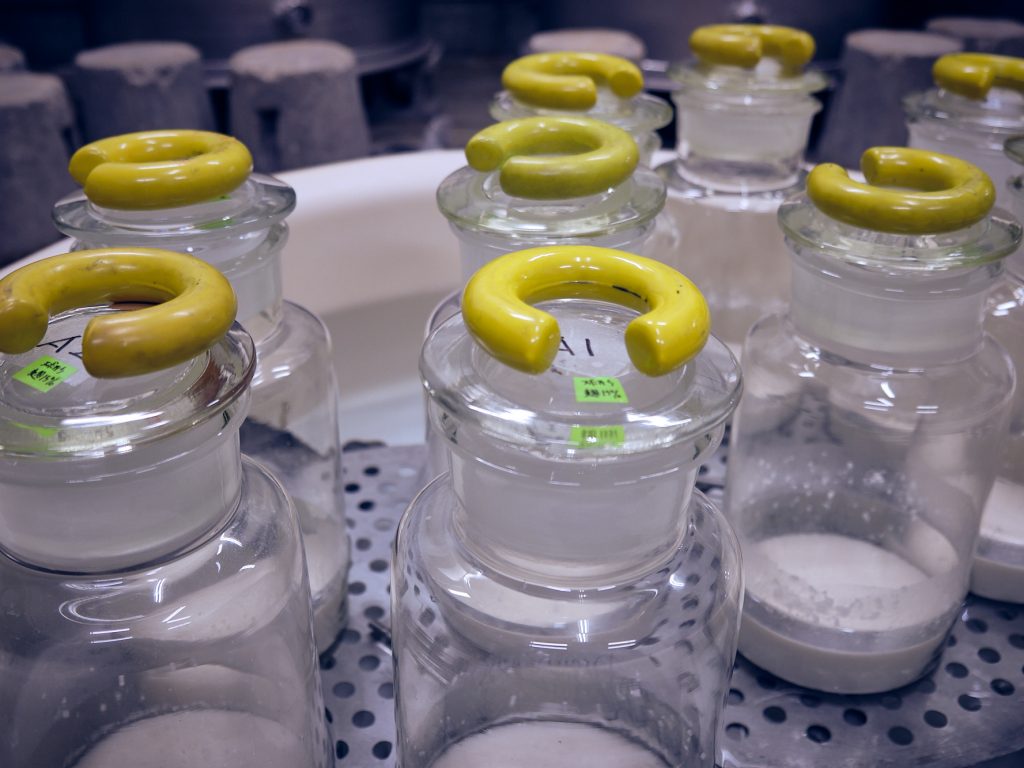 Learn About Shubo and Shubo Making

Sake can’t be made if the mixture of rice and water is just left as it is. Rice should be steamed and mixed with koji and water to culture kobo for sake brewing. Shubo is the fundamental liquid which is essential for facilitating the alcohol fermentation. Shubo literally means the mother of sake, and it’s also called moto (the base) since it’s the basis of sake brewing.

Shubo making is the stage to increase the pure cultured kobo massively prior to fermentation. It takes around two weeks to a month to complete and requires constant monitoring of the temperature as well as hygiene management. Finishing is done with the help of nyu-san-kin (lactobacilli) which works for repressing unwanted bacteria during this stage.

Taste Profiles of Sake Made from Each Type of Shubo

Sake taste profiles depend on the method used to make it. They are divided into two major groups; Sokujo school shubo and Ki-moto school shubo.
Their characteristics are described as below:

<h3>The Three Main Methods of Making Shubo</h3>
There are basically three shubo making methods which are ki-moto, yamahai-moto, and sokujo-moto.

Ki-moto (ki-moto method)
Invented in the mid-Edo period (1688-1704), this method relies on lactic acid fermentation to occur naturally.
The first step of the method, known as yama-oroshi, is to mash the mixture of steamed rice and water using the special long poles called kai in the aim of saccharification. Then, the brewers wait for natural nyu-san-kin to grow inside shubo. After a while, nyu-san-kin fermentation occurs in shubo to make nyu-san which later becomes concentrated and acidic, getting rid of undesirable bacteria and wild yeast. Since sake kobo needs a longer time to proliferate, completing shubo in ki-moto takes about 30 days. Sake made by ki-moto tends to have complex rich flavors with acidity.

Yamahai-moto (Yamahai method)
Shubo making in yamahai-moto omits the whole step of yama-oroshi done in ki-moto. This action is called yama-hai whose logical name is a combination of the first part of yama-oroshi with the first part of haishi, meaning to cease. The method relies solely on the help of enzymes to dissolve rice without strenuous work of mixing by poles, releasing kurabito (brewery workers) from exhausting labor of yama-oroshi. Sake made by yamahai-moto has strong umami and acidity with a solid taste, though not so much as the one made by ki-moto.

Sokujo-moto (sokujo method)
Shubo can be made efficiently in sokujo-moto since the addition of high-purity brewing lactic acid to shubo helps to eliminate unwanted bacteria, shortening the process by about two weeks when compared to ki-moto. Kobo will be added after nyu-san in shubo tanks gets concentrated to kill unwanted bacteria. Some breweries use kyokai-kobo distributed by the Brewing Society of Japan, and some use their own cultured kobo. In general, sokujo-moto produces sake with much refreshing, light, tanrei-dry taste profiles.

The Leading Method Sokujo-moto, and Some Breweries’ Application of Ki-moto

The foam appears as kobo starts to proliferate, increasing sake kobo massively. Shubo made in such a way is mushy porridge-like with heavy, sweet and sour tastes. Shubo full of grown kobo is used for making moromi (main mash) at the next stage. Sokujo-moto is now the most widely used method of producing shubo. However, some breweries apply both sokujo-moto and ki-moto.

Ko-on toka shubo was developed and completed by Kiyoma Nakao, the fourth generation owner of Nakao Jozo Brewery in 1947. His activities were recognized, and his brewery received the first Technical Contribution Award of the Japan Brewery’s Association. A lot of breweries of Hiroshima have adopted his method. And it’s said that 60% of sake submitted to the national competitions are made by it.

Shubo in tanks is rolled and warmed in the heat insulating sheet for a longer period of time. Under this environment, wild yeasts and unwanted bacteria will be easily sterilized. Saccharification can be efficiently completed at the suitable temperature of 55℃ (131℉) without clearing out the heat-vulnerable koji enzymes (which don’t work well when heated at around 60℃ (140℉)).
One of the significant features of the method is that high-temperature saccharification cut the time of preparing shubo to around ten days. As a tendency, it produces sake with cleaner, less unpleasant taste profiles.

Another Hiroshima’s earlier invention is the unique “soft water brewing method”. It maximizes the usage of kobo with extra care of koji, and prolonged low-temperature fermentation of moromi. The method may be the one that made brewing using soft water by ki-moto possible. For more on this please see The Soft Water Brewing Method.

Koji is carefully grown until it penetrates well inside the rice so that rice saccharification goes on to activate fermentation at the next stage. The right amount of minerals dissolves when koji is grown with the most care, creating the similar environment for fermentation using soft water to the one for hard water brewing.