Takehara, the home of Nakao Jōzō Brewery, is located on the center of the Seto Inland Sea coast, and during the heyday of the Japanese navy, it was known as “Aki-no-Konada” (the Konada of Hiroshima). In the Edo period (1603-1868), Takehara had 15 sake breweries, and in the Taisho period (1912-1926), there were 26.

Their brand, Seikyō (which means “true mirror”), was born from the philosophy of their founder, who likened sake poured into a cup to a mirror: it was the founder’s will that this mirror would reflect the hearts of the brewers who worked to craft their sake. The tradition of wholehearted brewing as well as painstaking diligence has continued ever since.

The most defining characteristic of Seikyō is its unique yeast. Fourth-generation owner Kiyoma Nakao believed that yeast was the most important element in determining the flavor of sake. Together with Kin’ichirō Sakaguchi, then-professor of Tokyo Imperial University and the father of zymology (the study of fermentation), Kiyoma traveled all over Japan to collect over 2,000 yeast samples. In 1940, as a result of careful experimentation and study of each strain, they discovered a yeast which had a refined and fruity aroma, a refreshing and mild tartness, and a strong alcoholic leavening ability: the perfect combination for brewing sake. This yeast would come to be called apple yeast, as it was taken from the skin of an apple.

Kiyoma then took up the study of starter mash(shubo) in an attempt to further bring out the features of yeast. In 1947, he completed his high-temperature starter mash saccharification method which fostered highly-pure apple yeast. This accomplishment was recognized by the community, and it was awarded the Inaugural Prize for Services to the Craft of Sake-Making by the Japan Sake and Friends Association. In 1948, their sake was awarded first prize at the Japan Sake Awards.

In the three years from 1949 to 1951, Nakao Jōzō Brewery’s sake had the honor of being chosen as the Imperial Household’s sake to celebrate the New Year. This same sake is now known as Daiginjō Maboroshi. 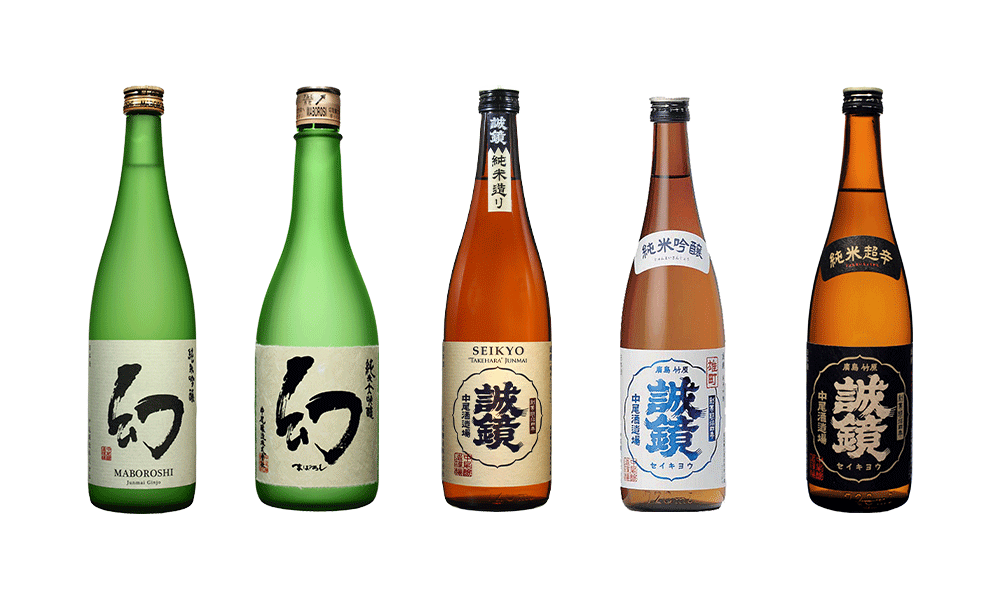