Located in Saijo, one of the top three sake-brewing regions in all of Japan, the history of Kamotsuru begins in the Edo period (1603-1868), and the brewery received its name from Wahei Kimura, one of the three greatest patrons of Saijo sake, in 1873.

Saijo is one of the foremost rice producing regions in the prefecture, and it is blessed with water perfect for sake-making. Kamotsuru uses the clear, cold subsoil water (semi-hard) that flows from 575-meter high Mt. Ryūō in all of its products.

When it comes to high-quality sake brewing, not only is water important, but so are rice polishing techniques. In 1898, Kamotsuru Shuzō purchased Japan’s very first rice polishing machine made by the Satake Machinery Factory (currently Satake Corporation). With it, they accomplished a 75% polish rate, unheard of at the time, and in 1958, they established ginjō and daiginjō brewing methods, something which no other breweries were doing.

Kamotsuru Shuzō has a long history of awards, going back to 1900 when they were awarded honorable mention at the Paris Exhibition in France. Since then, they have won awards and accolades at different alcohol-related exhibitions both in Japan and abroad, cementing their place as a forerunner in the world of sake brewing. 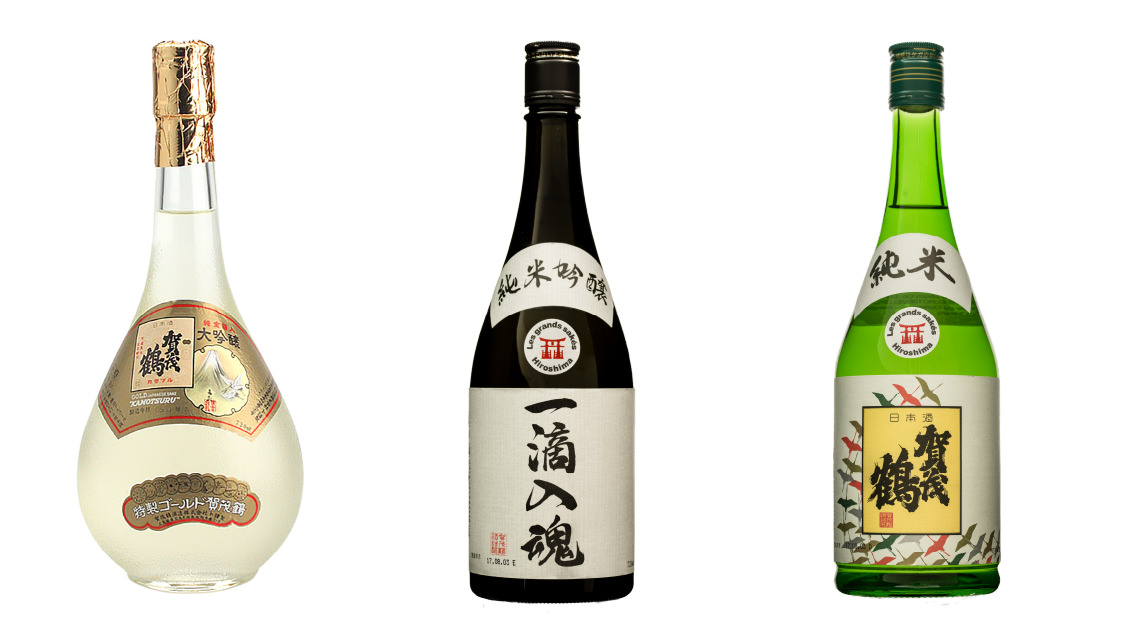